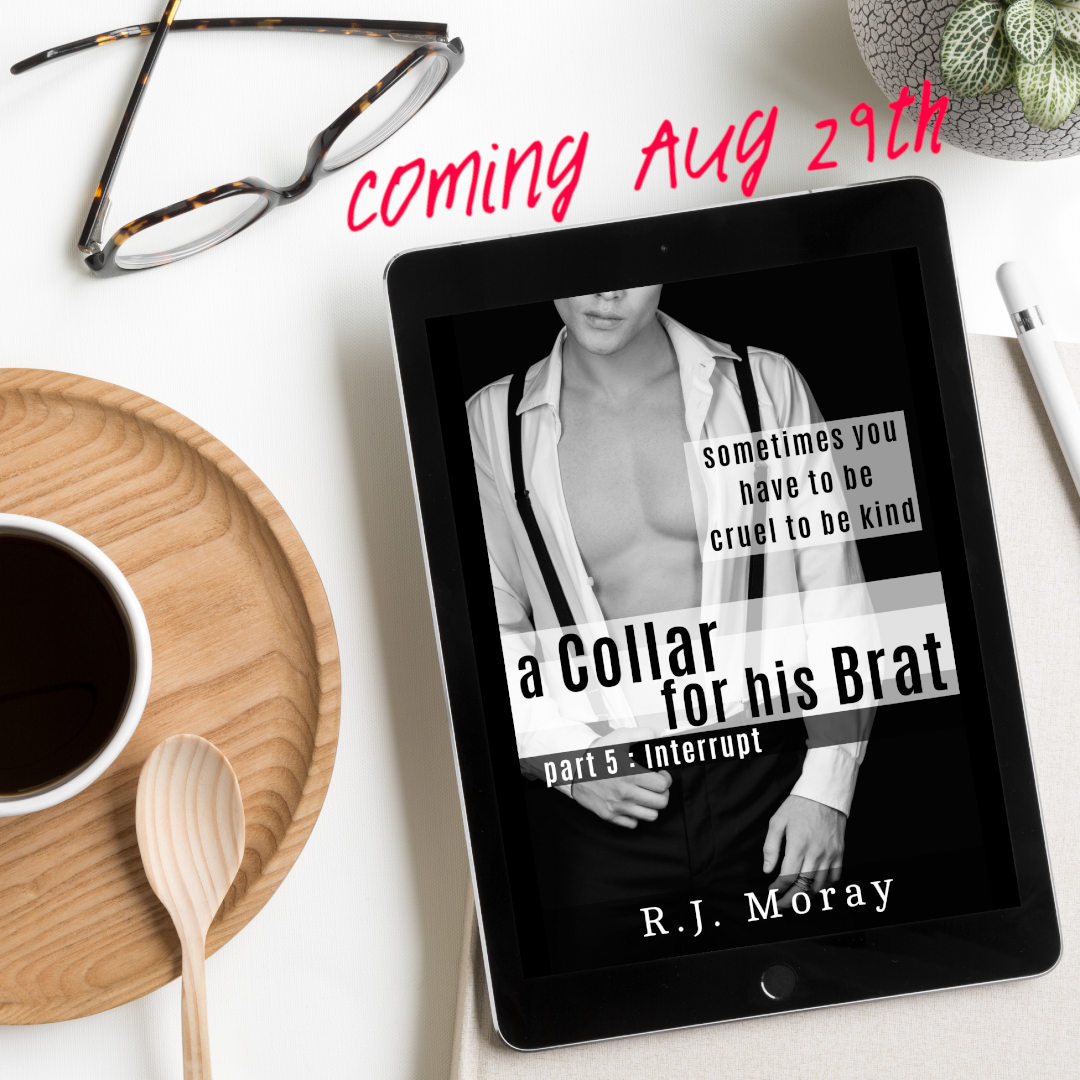 taken from Interrupt: A Collar for His Brat #5, by R.J. Moray

The ribs were good, the fries okay, but the cocktails were fucking amazing. Ewan pointed out that they cost an arm and a leg and therefore should be fucking amazing, but Nate didn’t care. Ewan was spending his money, voluntarily, and Nate found it gave him a funny little thrill. Sort of the reverse of financial domination. The thrill was in letting Ewan spend it, watching him be greedy and demanding.

Nate let him order dessert and asked for the leftover ribs to be boxed.

The look Ewan gave him was absolutely vile. “That’s disgusting.”

“You’re fucking loaded,” Ewan argued, “what do you care?”

Nate shook his head. “A pig died for these ribs. Have respect for her sacrifice and eat them all. Or give them to a homeless person.”

“You can’t just give leftovers to homeless people,” Ewan said, his brow drawing down like a thundercloud. “That’s fucking rude. They want money.”

“What about leftover ribs and a fifty-dollar bill?”

Ewan sulked about it, but when they left, he accepted the boxed-up ribs and held out his hand. “You said fifty dollars.”

Nate gave him fifty dollars, and then they walked down to the bridge. It was depressing how easily Ewan found someone to take the ribs. Nate stood back and watched. Ewan had a savage, hurt look on his face, but it wasn’t directed at the woman leaning against the railing and gesticulating wildly. Ewan nodded, said something that made her laugh, and handed her the cash.

“You talked to her for a while,” Nate said after, as they walked away.

“She paints watercolors. Said she’ll do me a freebie if I come back when the sun’s up.”

Ewan blew out a breath. “Might do? Eh, can we drop it? I fucking missed you.”

Just to hear him say it like that, easily, as if it were easy for him. Nate saw the stiffness in his hunched shoulders and knew it was anything but easy. He brushed his hand against Ewan’s and was gratified when Ewan slid his fingers into Nate’s and held on.

“I missed you too,” Nate told him.

Ewan chewed his lip. “Bet it was dead boring, at that conference on your own.”

Ewan seemed satisfied with this and allowed Nate to walk him over the bridge to the far side of the river. There was a moonlight market over there, craft stalls and food trucks and a kettle-drum ensemble. Nate let Ewan tug him into the midst of it and opened his wallet to buy some leather cuffs and a stone pendant Ewan lingered over covetously.

Nate put an arm around him, reeling him in to kiss the side of his head. “I can be that, if you want.”

It seemed to offend Ewan somehow, though it had been his suggestion. “You’re not old enough to be a Daddy.”

“You’re not old,” Ewan hissed, catching Nate’s coat lapel in one hand. He glared hotly, and then his mouth softened. “You’re not too old for me.”

And then Ewan kissed him, there in the middle of the market. Nate pulled Ewan into his arms and held onto him, feeling the kiss all the way to his bones.

Nate grinned. “You sure?”

“You promised.” Ewan squirmed, rubbing himself against Nate shamelessly. “You said.”

Interrupt: A Collar for His Brat #5
comes out 29th of August

Interested in becoming a reviewer?
Join my ARC team to read my books before anyone else!

A Collar For His Brat excerpt Santa Rita Doms

This site uses Akismet to reduce spam. Learn how your comment data is processed.