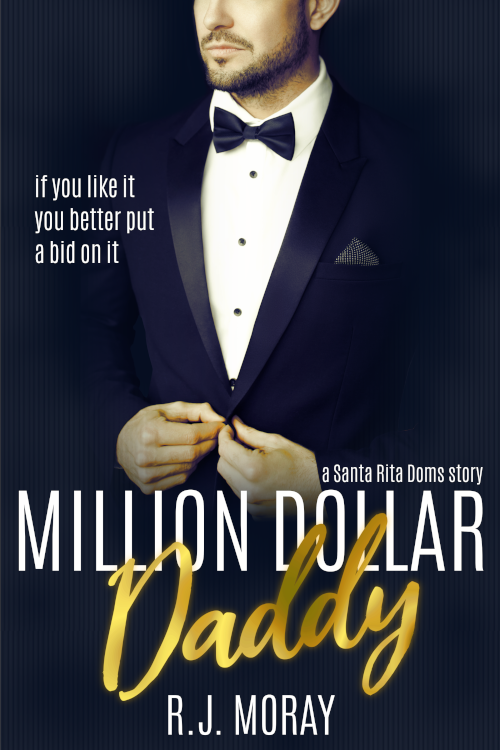 What would you do if the man of your dreams was up for auction and you had an unlimited budget?Forced to attend a charity auction against his will, Jaylen’s pretty much prepared to be bored out of his mind, until he realizes one of the lots on the block is ‘Mr. Black’, professional Dominant and the object of his darkest fantasies. Jaylen does the only thing he can; he places a bid that can’t be beat. But now he has to spend the evening with a man who terrifies and intrigues him, and the only way out is through.

Matt Blake works out other men’s kinks for money, but tonight isn’t supposed to be that kind of night. When the young man who buys him for a ridiculous sum turns out to be the perfect baby boy, will Matt’s Daddy side let him walk away, or will he end up finding the thing he’s been missing all his life?